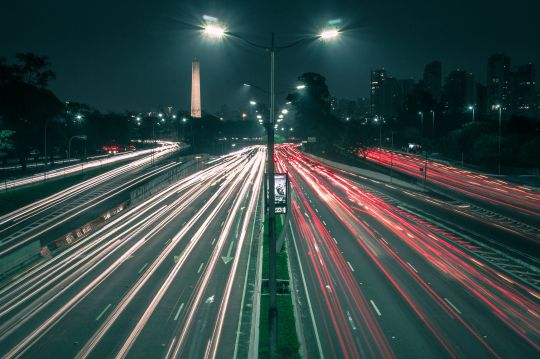 An opportunity to overcome the crisis?

After the outbreak of Covid-19 in Europe at the beginning of 2020 and the subsequent lockdown, the entire automobile production came to an almost complete standstill. In April, for example, instead of 486 thousand cars (as per April 2018), just under 11 thousand cars rolled oﬀ the assembly line.

The transformation of drive concepts has led to a decline in demand in the last 2 years, which intensified in the first quarter of 2020 by the corona pandemic and the subsequent global economic crisis.
Once again, the importance of the automotive industry in Germany became clear. With around 833 thousand employees, the industry is one of the most important employers.

However, not all areas in the automotive industry are affected by the current corona pandemic. On the contrary, electromobility is currently experiencing an unprecedented boom, strongly inﬂuenced by strong subsidies.

On the one hand, car production fell; on the other hand, the amount of electrically powered vehicles has increased sharply: for example, 48 thousand new electric cars were registered in October this year, representing an increase of 303 percent. Compared to the same month last year, sales have quadrupled. Already 18 percent of new registrations in Germany, which corresponds to every 12th vehicle, is based on electrically powered vehicles.

The increasing demand for electrically powered vehicles put German automobile manufacturers under enormous pressure. Many well-known manufacturers focused on e-mobility and brought 70 diﬀerent models onto the market in a very short time. There should be 150 models by the end of 2023.

Domestic production of e-vehicles tripled in September. Of these, the production of battery electric vehicles (BEV) should be emphasized as it has increased fivefold. “The German manufacturers are strongly represented in the international markets. They are German champions and European champions in electromobility. The look into the future underscores the claim of the German automotive industry to remain a leader”, emphasized Hildegard Müller, President of the Association of the German Automotive Industry (VDA).

Electromobility - the future of KMD

Whether purely battery-powered electric vehicles (BEV) or fuel cell vehicles (FCEV), the material copper plays a decisive role for both. In modern BEV vehicles, lithium-ion accumulators replace fuel. Copper plays an important role here; the battery contains up to 18 percent of copper.
In the current BEV concepts, more than 68 kg of copper is required for a car with a 50 kW output. That is more than twice as compared to conventional combustion engines, which contain around 25 kg of copper.
With around 45 kg of copper, the electric motor takes up the main share, followed in second place by the Li-Ion battery with around 11 kg. The distribution is similar for the FCEV vehicles; here, the electric motor is the main copper carrier as well.

The KMD Group has been a supplier of high-performance copper alloys for years, which under the brand name STOL® alloys stands worldwide for quality and excellent technical properties.  STOL® alloys are now increasingly used in vehicles with electric drives.

Thanks to our experience and constant further development of our products, we can already deliver thinner material thicknesses with very high quality. The future of our industry lies not only in electrical devices but also in on-board electronics in cars and in the global networking of vehicles.